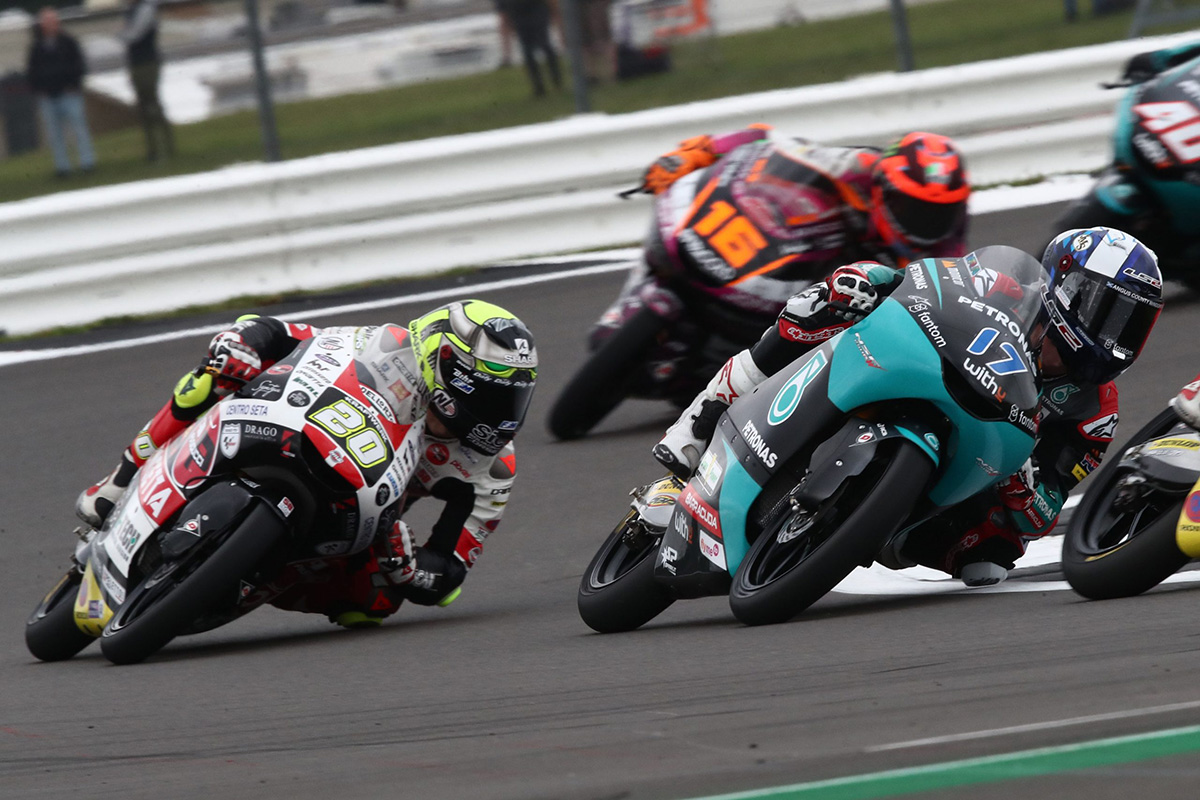 PETRONAS Sprinta Racing’s Moto3 riders faced a difficult Qualifying session, with continued cold conditions at Silverstone. After only being able to complete one flying lap, John McPhee will start the BritishGP from the fifth row in 15th.

Jihn bided his time until the end of FP3 to set his ultimate flying lap, to allow time to adjust to the cold conditions. The Scot secured his place in Q2 with the seventh fastest time in FP3 – 2mins 11.978secs – and ninth overall. After his Qualifying strategy failed to go to plan, John was only able to set one flying lap at the closing stages of the session. After setting a 2mins 13.074secs lap, McPhee will start his home GP from 15th – the fifth row of the grid.

Thankfully the pain isn’t too bad after the crash yesterday, I’m just a little tight in my lower back and it is affecting my movement on the bike a bit. Clinica Mobile are helping me as well, so hopefully tomorrow we’ll be even better. Honestly I’m disappointed with Q2 because we had a strategy but it didn’t go to plan. I wasn’t sure where my pace was, due to the crash yesterday, so we decided to go out as a team today, rather than alone. It wasn’t ideal having only one lap at the end and it’s something we won’t be doing again. It is possible to do anything from 15th on the Moto3 grid, especially with a lap this long, so I’ll rest tonight and get prepared for tomorrow.