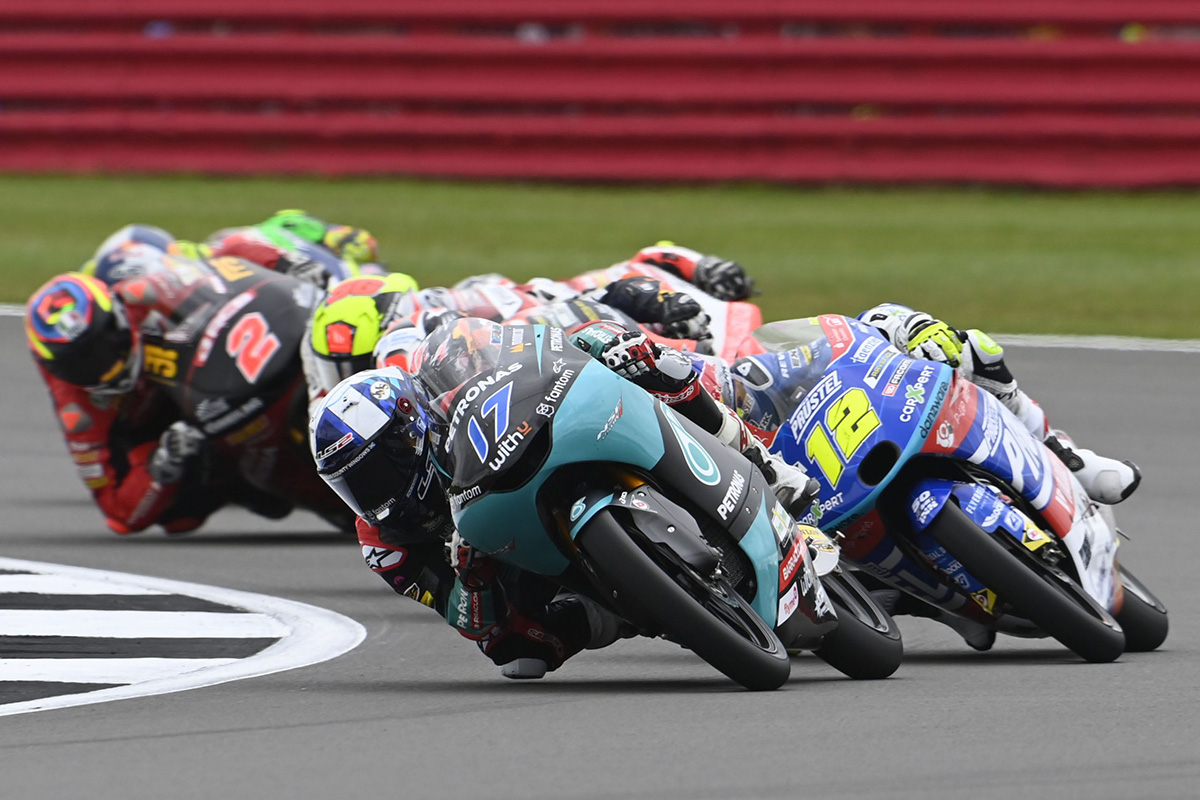 PETRONAS Sprinta Racing rider John McPhee was forced to mount a recovery ride from 27th to 12th at his home GP following a lap 1 incident today.

John had his work cut out, after being forced wide in Turn 3 of the opening lap and ended up at the back of the pack. Able to move inside the points-scoring positions on lap 4, the Scot fought hard to reduce the deficit to those ahead on track and entered a fierce battle for tenth in the final stages. Swapping positions with those around him several times, John ended his home GP 11th – but was demoted one position for exceeding track limits. He now sits 16th in the World Championship standings with 53 points.

I fought really hard in the race today and pushed to my maximum from the very beginning. Unfortunately in Turn 3 on the opening lap I had contact with another rider and had to go straight on. I was in last position and it made the job even harder. I have suffered a bit since my FP1 crash and been trying to catch up, so it hasn’t been the easiest of weekends. I felt strong in the race and felt able to attack, so I feel like we did the best job possible. It would have been nice to be at the back of the front group, as I felt like my pace was there to fight with them. Coming from last to finish at the head of the second group was good though. Thanks to the team for working hard, like always, and now we focus on Aragon.