John enjoying his first taste of Moto2 action at Aragon 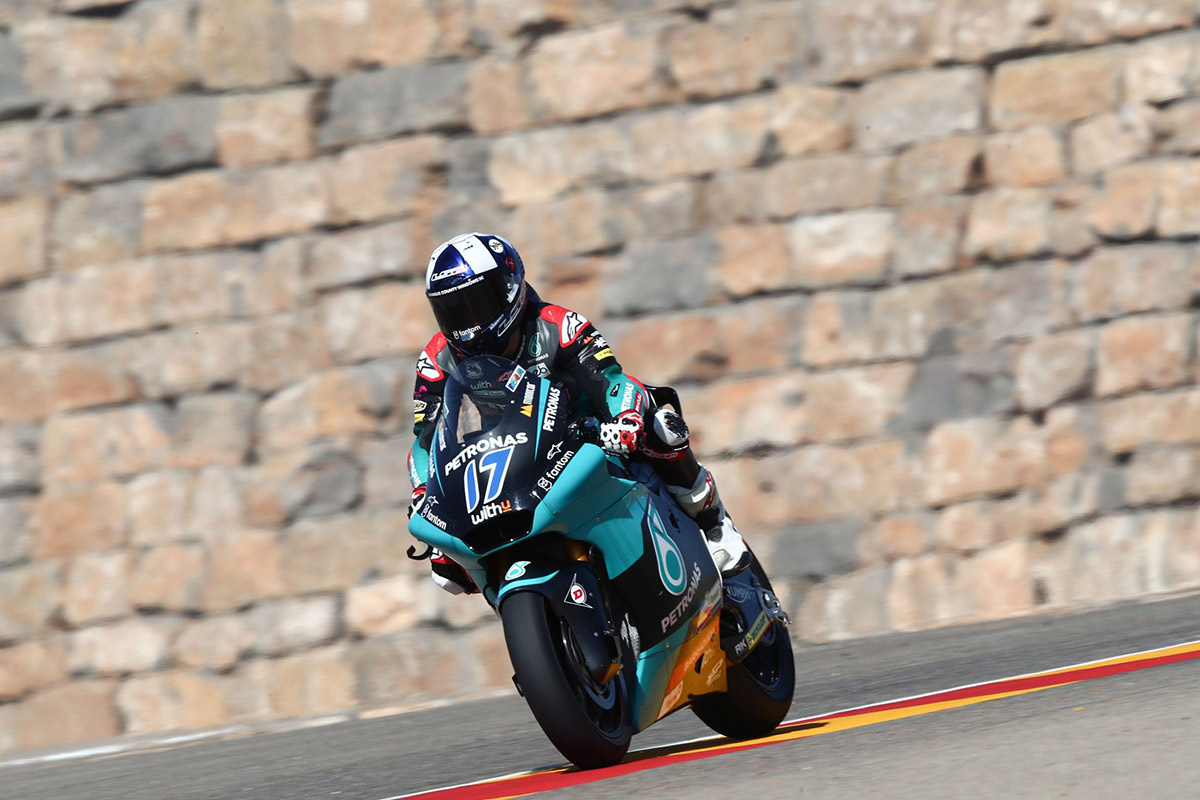 Making his Moto2 debut at the Aragon GP this weekend, as stand-in for Jake Dixon, John McPhee spent FP1 familiarising himself with the Kalex machinery. Having made good progress throughout the session, he ended the morning 32nd with a 1min 57.695secs lap. The Scot was further able to improve in the afternoon’s FP2 session and reduced his lap time by 2.4secs, setting a 1min 55.274secs lap. Unfortunately a Turn 16 crash brought John’s Friday to a conclusion three minutes earlier than planned and he ended the day 31st.

I’ve enjoyed it so much today and had so much fun! It has been a big learning curve and I feel like a sponge trying to absorb everything. I made a big step from FP1 to FP2 and went 2.4 seconds faster, so that’s good progress. I’m enjoying the bike a lot, although there’s still much to learn and improve. I’m hoping that if I keep doing that then I’ll be able to fight with some guys in Sunday’s race. I did crash in FP2, which is frustrating, and I’m sorry to the team. It wasn’t from pushing too much; I just braked a little bit too late into the last turn, went straight out and hit the kerb trying to get back onto the track. My target is to keep closing the gap to the others and I feel like I can still improve a lot just by altering the way I’m riding. If we continue improving and enjoy ourselves then I think it will be a successful weekend.