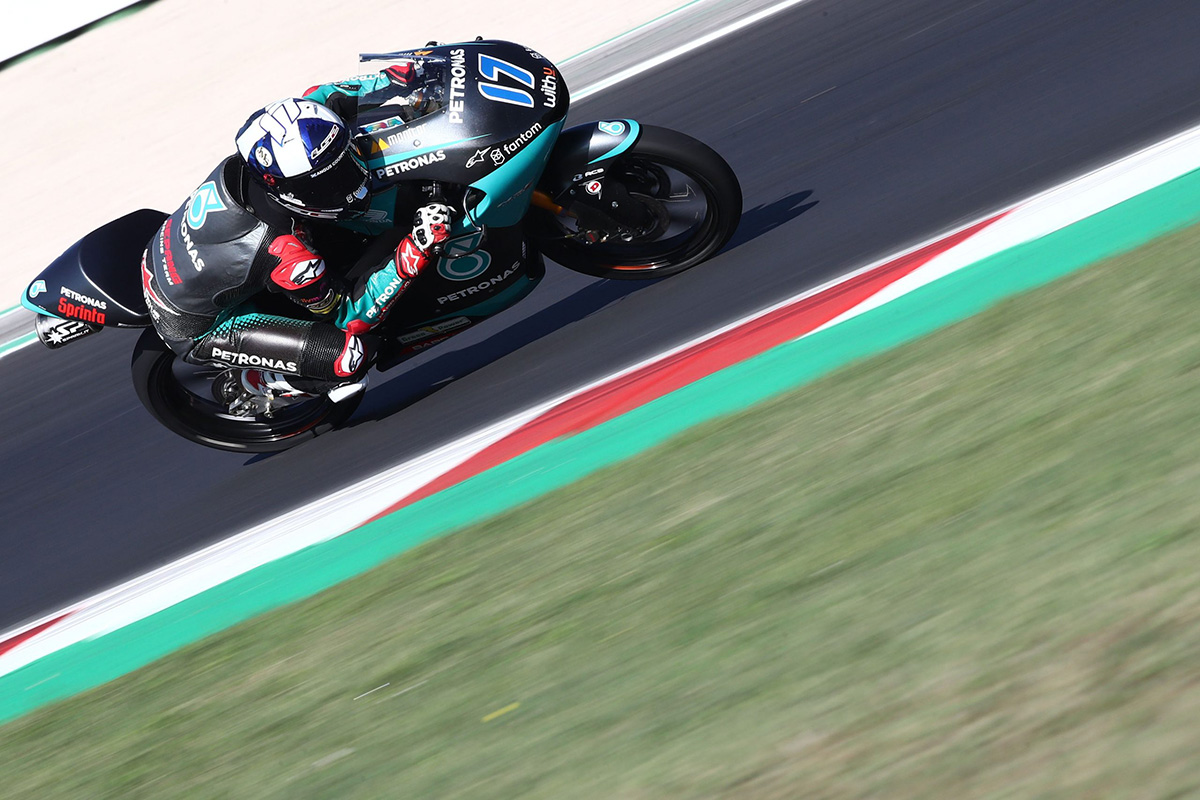 It proved to be a day of red flags and crashes at Misano today for the Moto3 category, on the back of which PETRONAS Sprinta Racing’s John McPhee will start tomorrow’s race 19th.

After the early red flag disruption, John showed top-ten pace in FP3 with a 1min 42.817secs lap. Unfortunately he was unable to improve upon his time from yesterday, after a Turn 8 crash curtailed his session with three minutes to go and he ended FP3 18th. The Scot was the early pacesetter in Q1, setting a 1min 43.351secs lap, but his session ended one lap later due to a Turn 9 crash. John ended Q1 fifth, just 0.067secs shy of a Q2 place, and will start tomorrow’s race from 19th.

It’s not been our day and, as we’ve seen, the track conditions have caught out a lot of riders today. Unfortunately I was one of them; I lost the front in my fastest lap of FP3, which meant we had to go through to Q1, and then I lost the front again in my second lap of Qualifying. It’s a pity because we have to start from 19th, which means the race won’t be easy. I’m feeling fast on the bike, I just suffered misfortune twice. We’ll work hard tomorrow to try to make our forward and it should be a group battle, so we’ll see what’s possible. Last year we struggled all weekend but turned it around in the race, so it will be fantastic if I can do that again tomorrow.