John lines up tenth on the grid at Austin 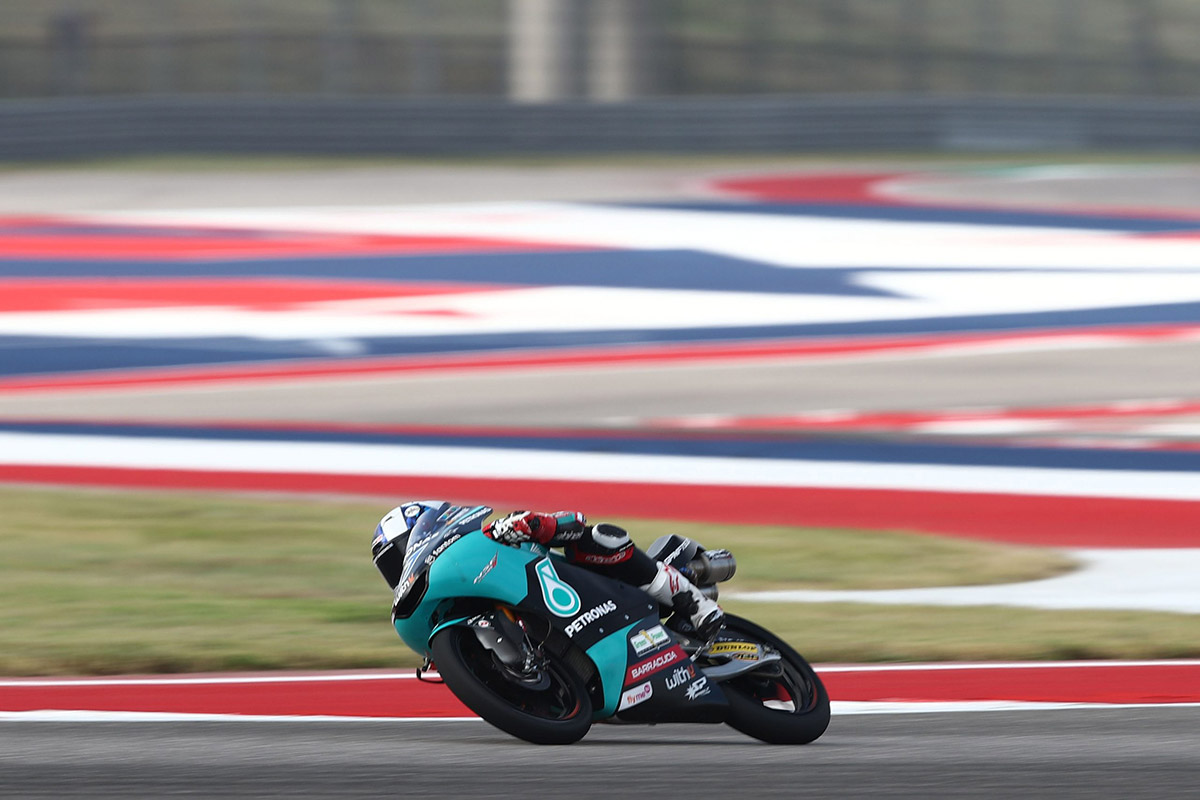 It was a difficult Grand Prix of the Americas Qualifying day today for PETRONAS Sprinta Racing, which saw both Moto3 riders have to go through Q1, and ended with John McPhee tenth.

John had a good start to FP3, sitting inside of the top-14 places early on. However, the second half of the session saw the Scot struggle and his best lap of 2mins 17.525secs placed him 18th at the end of FP3. He made short work of Q1 though, ending it second with a 2mins 17.852secs lap.

Starting Q2 with a 2mins 16.592secs lap, John initially went to seventh on the timing screens. Unable to improve further, he ultimately ended Q2 in tenth, securing a place on the fourth row of the grid.

It was tough out there today; I felt like I was riding well but I was struggling to put the laps together. It’s difficult when you’re riding alone, especially on the long straight here, and we were definitely suffering a little bit. Darryn and myself worked really well together to make sure that we got through from Q1 to Q2. I managed to take a chunk of time off my lap, but that was mainly through the slipstream. The race is going to be tough, but I’m feeling good in the first two sectors. It’s just the third sector that we’re struggling a bit with, but that shouldn’t be an issue in the race, as we’ll have bikes around us. A good start will be needed but we’ll dig in and do our best. The first laps will be tough, but if we can be there then we should be able to fight in the top-five.