Fourth row start for John in the Emilia Romagna GP 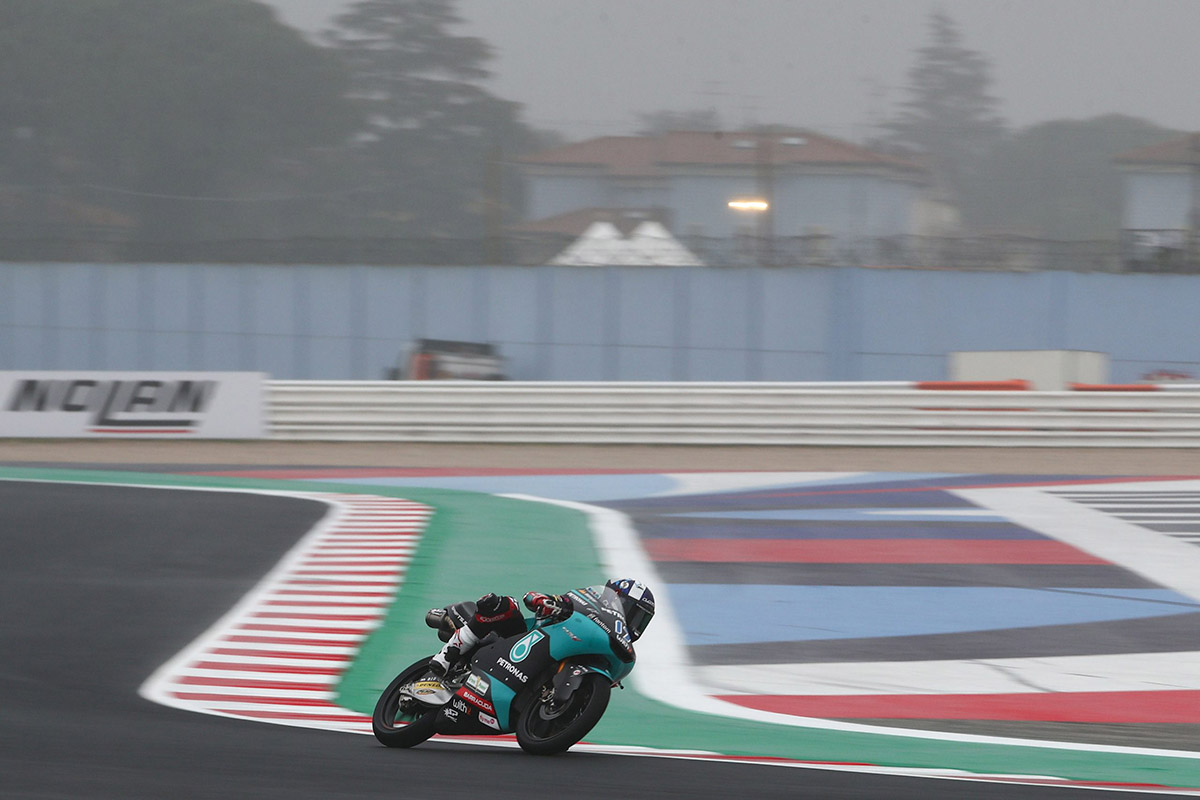 Despite limited running after sitting out yesterday with the flu, the PETRONAS Sprinta Racing’s John McPhee was able to secure a place on the fourth row of the Misano grid after ending Q2 12th.

After sitting out of yesterday’s sessions to recover from the flu, John had a steady FP3 and used the time to acclimatise to the wet conditions. The Scot ended the 40 minutes in 26th place with a time of 1min 53.860secs and headed to Q1.

Progressing to Q2 with the third fastest lap of Q1 – 1min 50.260secs, John continued to demonstrate a quick pace in the opening minutes. Ultimately he ended the session 12th, after setting a 1min 50.695secs lap in the mixed conditions.

After not being able to ride yesterday because of the flu, I was just happy to be able to swing my leg over the bike today. We were feeling our way in FP3 and checking my physical condition, before going into Qualifying with no expectations. To finish third in Q1 and make it into Q2 was a big achievement. We then managed to finish Q2 in 12th and secure a place on the fourth row, so all things considered it’s been a solid day. Another period of rest will do me the world of good, so hopefully we should be in better shape for the race tomorrow.