John ends opening day at Portimao in sixteenth on the timesheets 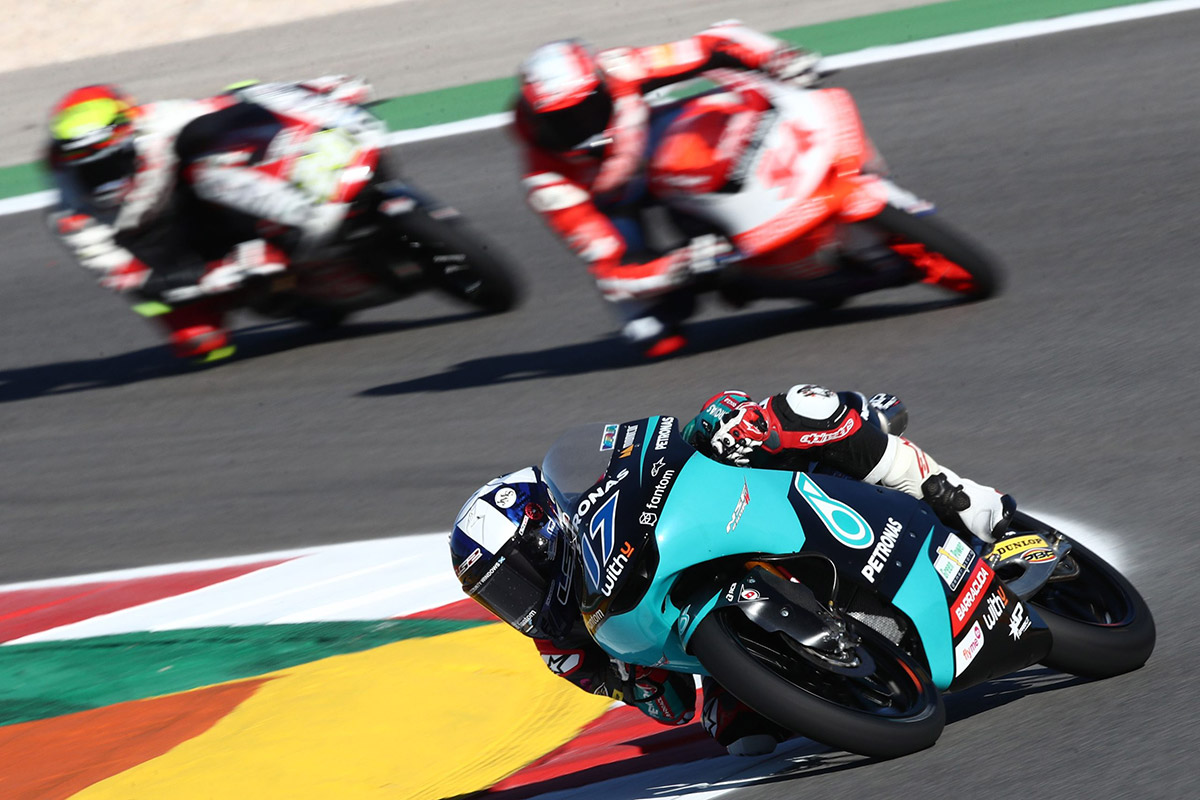 PETRONAS Sprinta Racing’s Moto3 riders demonstrated good speed around the Portimão circuit, with John McPhee, who opted not to complete a full time-attack run, ending the opening day of the Grande Prémio do Algarve 16th.

John had a strong start to the day, staying at the sharp end of the timing screens throughout the majority of FP1. Posting a time of 1min 49.157secs on his final flying lap, the Scot ended the session fifth.

The good form continued for John at the start of FP2, who momentarily held the top spot early on and held second for the majority of the session, with a 1min 49.196secs lap. Opting not to complete a full time-attack run, McPhee didn’t improve upon his FP1 time and ended FP2 14th, putting him 16th overall.

After having the flu at Misano, I was able to rest for a few days and I feel like I’m back at full fitness now. We haven’t really worked on our one lap pace today, so it’s something that we will need to work on in FP3 and make sure that we can go straight through to Q2. For this track the front three rows are the target in Qualifying because then on race day we know that we can be in the fight at the front.