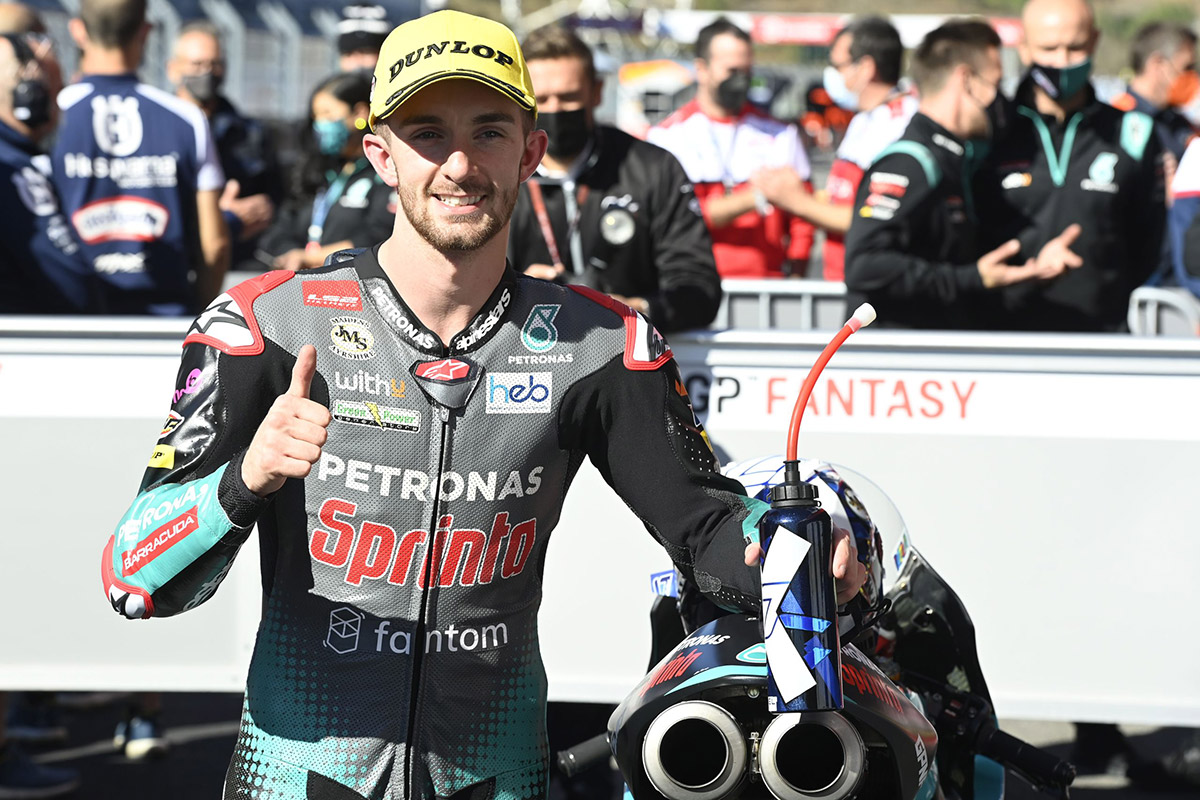 PETRONAS Sprinta Racing’s John McPhee will line up second on the grid for the Grande Prémio do Algarve, his first front row start since the opening GP of the year.

John stamped his authority on a windy FP3; improving on his time from yesterday just after the midpoint of the session and ending the 40 minutes as the fastest rider, with a 1min 47.775secs lap. The Scot continued his good form in Q2, sitting third on the timing screens early on.

Setting a time of 1min 47.291secs on his final flying lap of the session, John secured a place on the front row of the grid – second – and was only 0.017secs shy of pole position.

We were really strong yesterday with the hard tyre, but just struggled with the one-lap pace at the end of the day. Obviously we’ve corrected this, going fastest in FP3 but we had used two tyres, so I only had one fresh tyre for Qualifying. My first run put me on the front row, but I didn’t think it was good enough to maintain that position and I had to go again with the used tyre. I’m so happy that I was able to do the lap time I did on those tyres and it’s actually a bit of a surprise. Overall it’s been a solid day and it puts us in a good place for tomorrow. I’ve already decided which tyres we are going to use tomorrow; I’m feeling good with them and really looking forward to the race.