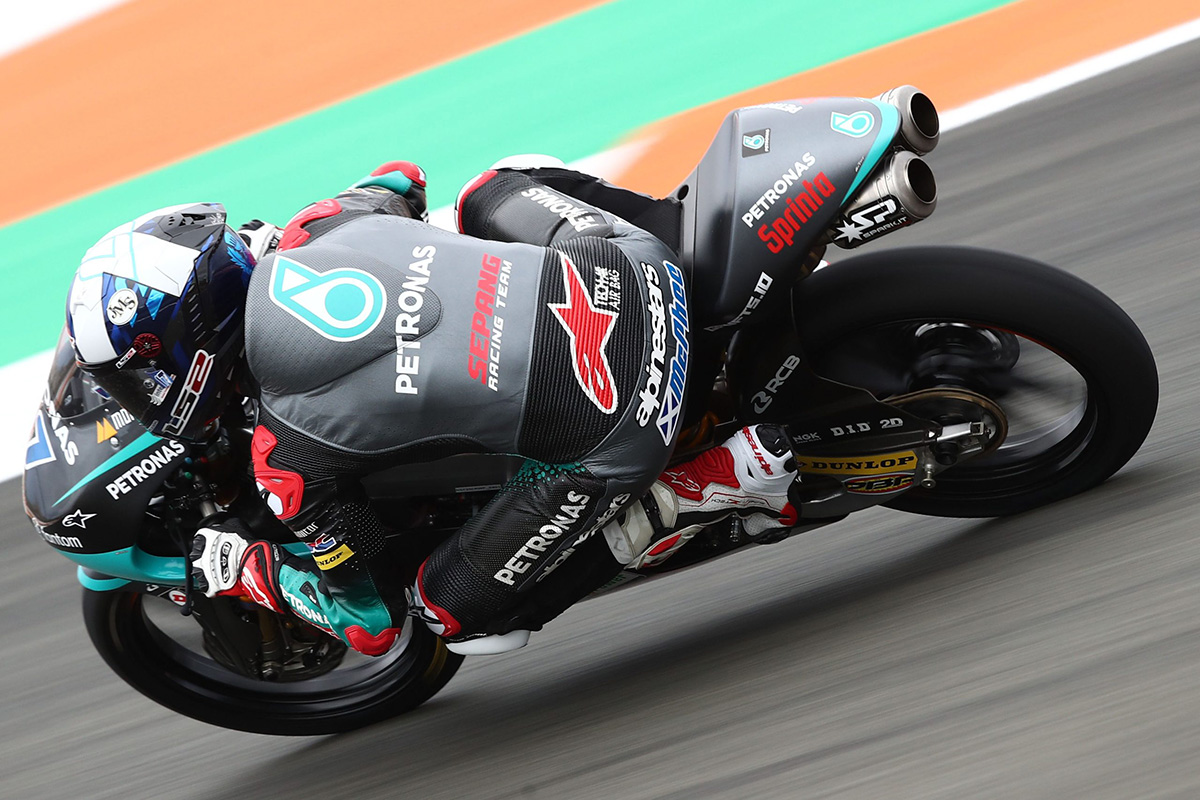 The opening day of the Gran Premio de la Comunitat Valenciana proved to be a day of two halves for PETRONAS Sprinta Racing, who faced a dry FP1 and a damp FP2.

John McPhee had a steady start to the morning and didn’t set a fast lap until the final moments of FP1. Rounding out the session with a 1min 40.082secs lap, the Scot was the tenth fastest rider of the morning. John was the early pacesetter in FP2 and completed five laps before returning to the garage. Heading back out in the closing stages to set a best time of 1min 43.002secs, John ended the session 18th and was tenth in the combined times.

It was a typical November day in Valencia, with no rain forecast and then it arrived anyway. Thankfully I managed to get a lap in at the end of FP1, which put me tenth and was only half a second off the top. Provisionally I’m straight through to Q2, but obviously we’re hoping for more dry track time in FP3. FP2 was almost a waste of time, as there were two or three corners that were completely wet and then the rest of the track was dry. There was nothing really to be gained. We’re ready to get to work tomorrow and be as prepared for Qualifying as we can be.