John lines up on fifth row of the #ValenciaGP grid 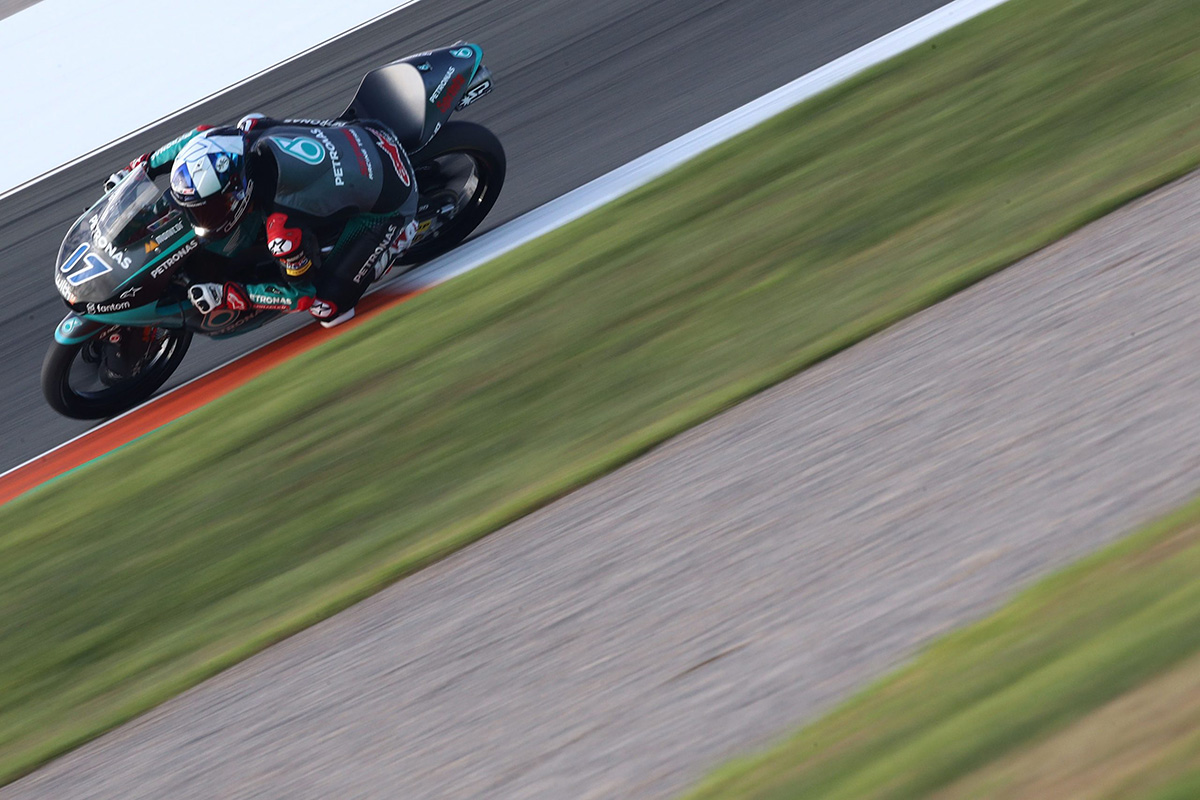 Qualifying for the Gran Premio de la Comunitat Valenciana ended with John McPhee 15th, securing a place on the fifth row of the grid for the final race of the year.

Able to stay inside of the top-14 for the majority of FP3, John was able to end the session with a 1min 39.904secs lap. This saw him claim 11th in FP3 and head directly to Q2 with the 13th fastest lap in the combined times.

The Scot went out at the beginning of Q2 to get some early banker laps in, sitting 11th on the timing screens after his first run. Improving on his final flying lap to set a 1min 39.666secs lap, John ultimately finished the session 15th and will start the final race of the year from the fifth row.

It hasn’t been the easiest of weekends for us. We found a lap time in FP1 and since then we haven’t really been able to go too much faster. We’ve made quite a lot of changes but it feels like we haven’t made that much progress. Unfortunately the issues and disadvantage that we had with the straightline speed at Portimão have continued here. It’s been tough to make a step forward, so we’re working hard as a team to try to improve in any way we can. It won’t be an easy race, as we are starting from 15th on the grid, but we’ll give 100% and try to finish the season in the best way possible.