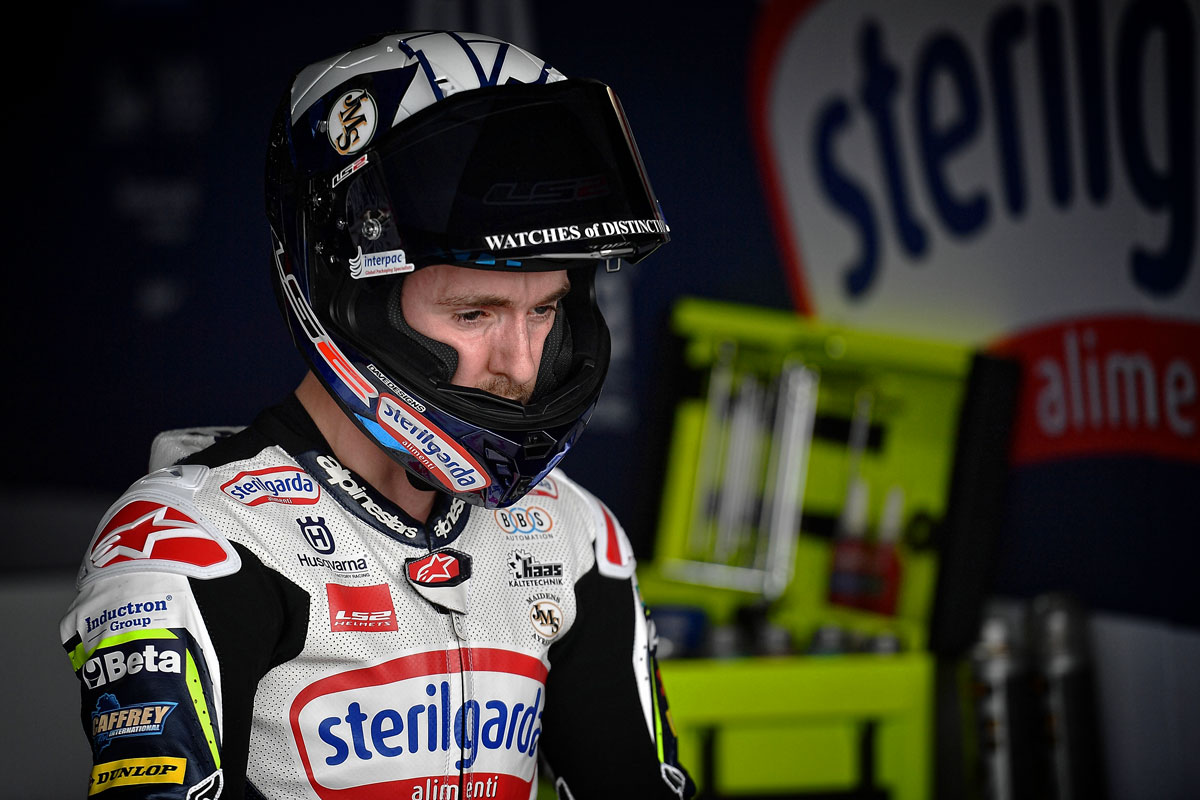 The following statement has been issued by John’s team, Sterilgarda Husqvarana Max Racing…

Unfortunately we have to announce that John McPhee will not take part in the Portuguese Grand Prix.

Dr Charte, MotoGP Medical Director, after a careful evaluation, and with the help of another specialist, considered too dangerous to let John race. In fact from a careful analysis of the fracture to the two vertebrae, it was considered that it was necessary more time to allow the fracture to properly consolidate.

All this is absolutely necessary to ensure the safety of our pilot.

For this reason, John McPhee will definitely miss the Portuguese Grand Prix and also the race that will be held in Jerez next week. John will be subjected to a further examination before the French Grand Prix, in order to carefully assess his condition and only then, his participation in the Grand Prix will be defined.