P6 on the #ItalianGP grid at Mugello for John 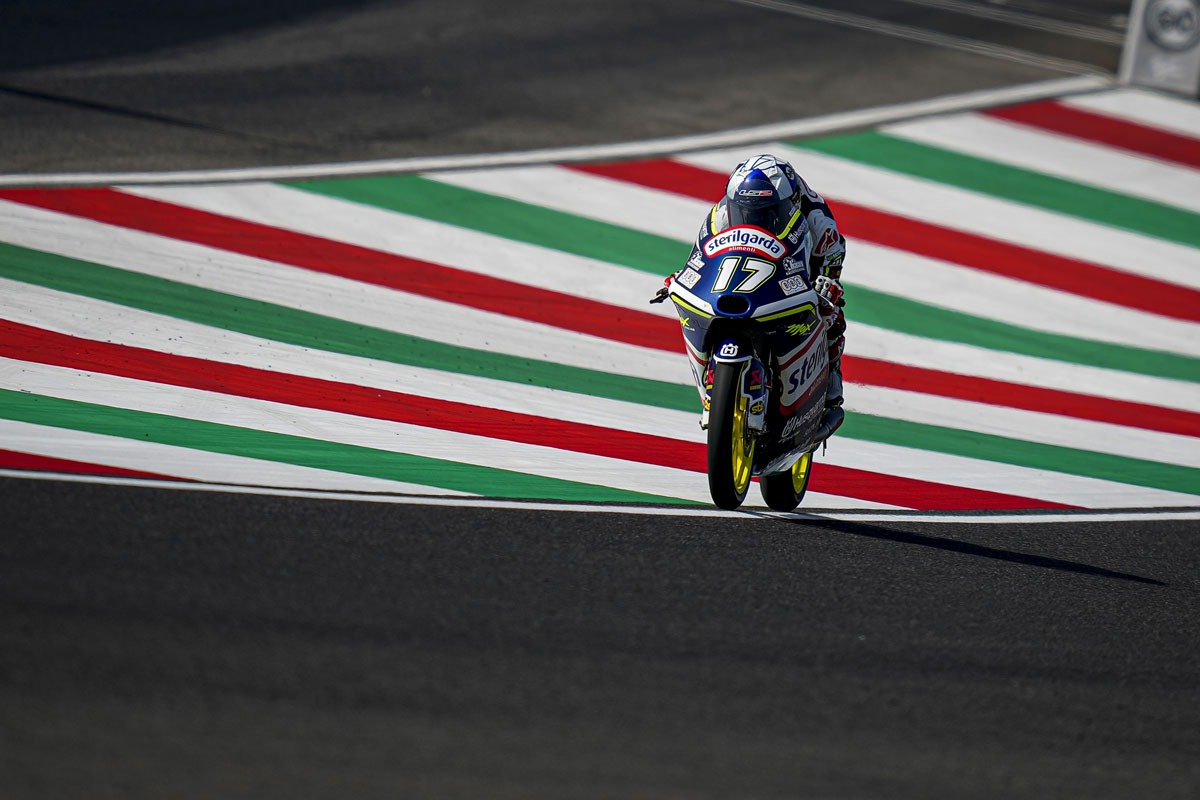 At Mugello John McPhee today managed to win an excellent second row, thanks to the sixth time. John in free practice 3 improved his time, winning the ninth time of the combined rankings. In qualifying 2, on the first lap, he got the time of 1’57.299, which until a few minutes from the end was the best time. At the end of the 15 minutes of qualifying, the British rider suffered a delay of 0.488 s from poleman D. Oncü.

JOHN MCPHEE :
“I am very satisfied with the second row start for tomorrow. Of course I wanted more because until the last minutes we were in provisional pole, but anyway the positive things first. The bike is working really well, I am really happy, the team is doing such an amazing job, and it’s good to feel very strong. I think we made an improvement from the hot weather conditions of FP2 until now, because yesterday in FP2 I did not find so comfortable, but today I managed to improve even compared to FP3. This was a very positive point, it was a shame that my fastest lap was at the start, because I think, maybe it was not good enough for pole, but for sure it was for the front row. Anyway, in Mugello it does not make such a big difference, since the race here is normally a big group. So yeah, I am very excited and motivated for the race tomorrow.”