John uses opening day of the #CatalanGP weekend for testing 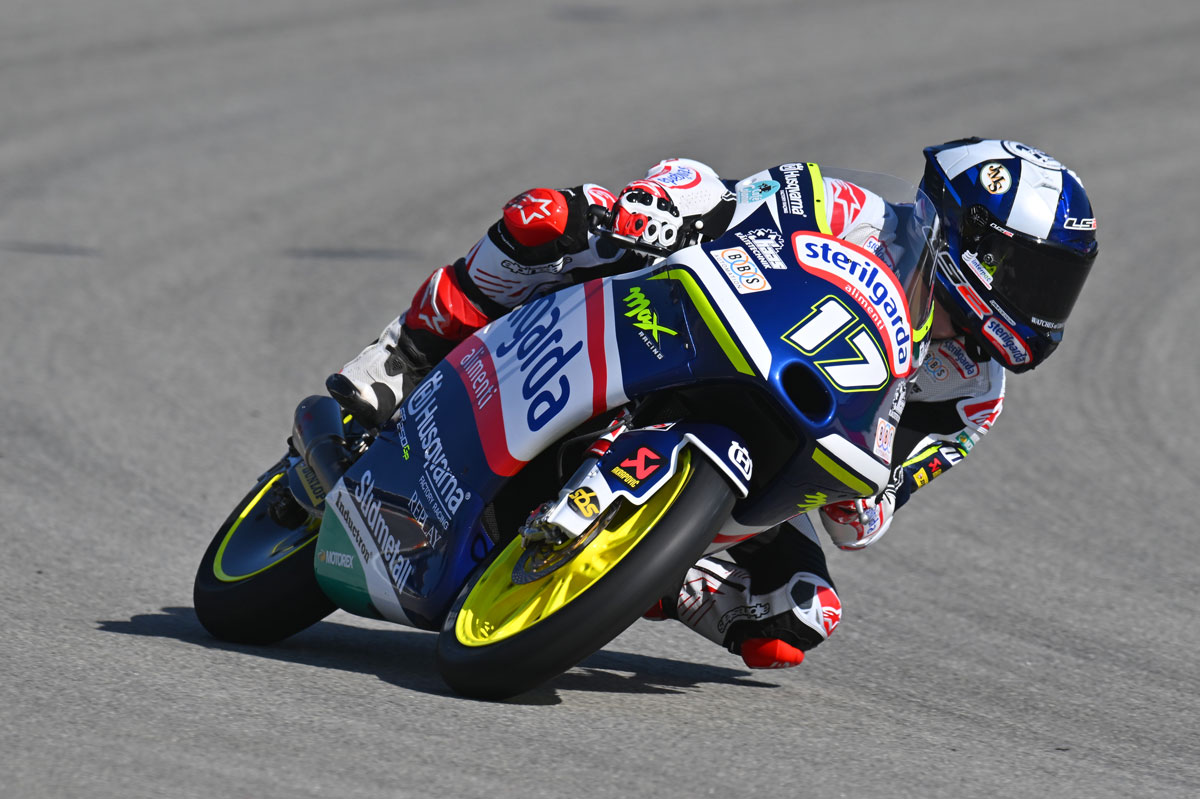 The Friday sessions at Montmelò ends with John McPhee in twentieth, after using the day very much for testing.

John had a good improvement between the first and second free practice sessions, managing to improve his best lap by just over half a second. 1’49.854 is the time obtained in the last of the thirteen laps, during FP2. 1.179 s is the delay of the British rider from the leader of the combined ranking of Friday, I. Guevara.

Today was characterized by a sun that warmed the track over 50 ºC. The low temperatures expected for tomorrow morning should help John to improve his times.

JOHN MCPHEE :
“We used today as a test day. It’s important because I did two races after my return to Le Mans. In the last two races I realised that there is still a lot to do to improve my riding, coming back after such a long time off. It was important to not really touch the bike and just let me ride, so today, after the race in Mugello, we decided to test something different. In the test we have done we have achieved something positive and also something negativeI think in the lap time I improved by half a second in the afternoon, so there is definitely some room for improvement next, and we will dig it in tomorrow, we will try to make the best we can do. Someone was able to do a good lap in FP1, but the track was quite dirty. In FP2, it was quite greasy because it was so hot, so I think FP3 will be definitely the fastest session of all.”