Eleventh place on the #CatalanGP grid for John McPhee 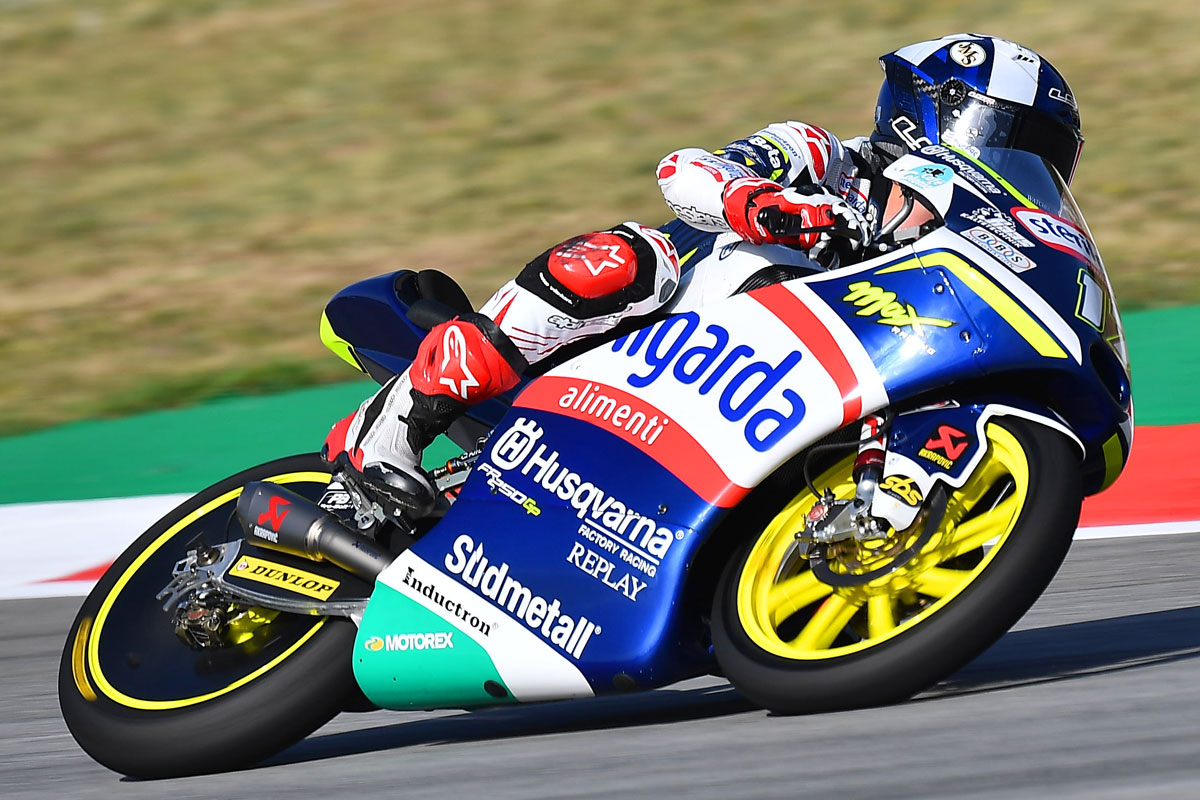 Qualifying for the Catalan Grand Prix ended with John McPhee securing eleventh place on the grid.

The low temperatures this morning allowed all the drivers of the grid to improve their times. Yesterday John and stand-in teammate David Salvador dedicated themselves to various setup tests aimed at improving their confidence with the FR 250GP. In particular, John, given the prolonged absence from racing, has experienced some alternative adjustment, which allowed him to express himself better.

In free practice 3 both dedicated themselves looking for the best performance, and John was ranked twelfth. In this way he gained direct access to qualifying 2, which took place in a partly cloudy sky. This did not prevent the temperature on the ground to touch 53 ºC. As already seen yesterday, the increase in temperature has a significant impact on performance and in fact neither John nor David were able to replicate the times obtained in free practice 3.

JOHN MCPHEE :
“I am happy with the qualifying, because it was the best position we got in the weekend so far. We used yesterday almost as a test since it’s only two weeks that I came back from my injury. I think it was important to try and develop the bike and try to find a little bit better setting. Finally, we are making good progresses. The most important thing is that for the race we have a good feeling with the bike and I think that at the end of the race I will play at its benefits. I am overall happy for today and excited for the race of tomorrow. I definitely feel confident to fight for the top positions, as we shown in the last two races. We have the pace to be there in the front group. The biggest think honestly speaking it has been my physical conditions after having two months of no training. It has been difficult to come back and be strong until the end of the race, but week by week I feel stronger. We will see how we are in the whole conditions tomorrow, but I know we can be there.”