Solid seventh for John in the #CatalanGP 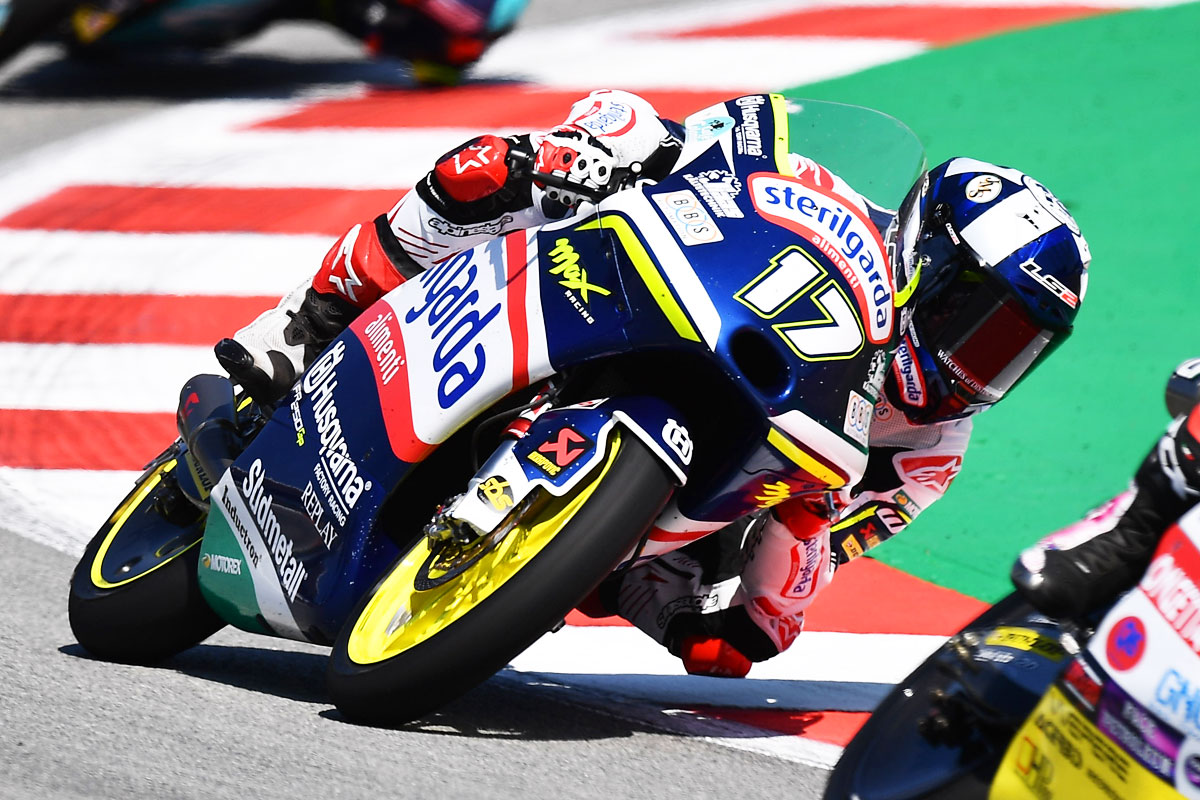 John McPhee brought home a great seventh place at today’s Catalan Grand Prix, very important, especially considering that he missed five races and in the last Grand Prix he unfortunately fell. The intense setup work that John did with his team this weekend, paid off. In fact, due to his long absence because of the injury, there was no time to organize a profitable development work, looking for alternative solutions, which improved the feeling with his Husqvarna.

John was in the lead group until a series of accidents broke up the group. Without losing heart and with a great pace, since he scored the fourth fastest lap of the race, John made many overtakes, climbing up the group and thus gaining 9 very important points for the world ranking.

JOHN MCPHEE :
“I felt quite good on the bike. I felt that my pace was good, and I thought that the work we have done on Friday really helped with the feeling on the rear of the bike. When I had the track clear in front of me and could push, my pace was really strong and I felt really really good. I had the biggest problem in braking in a tussle. I think overall P7 is a solid result, not where we want to be of course, but we were only 3 seconds from the victory. The good point is we know where we have improved, and we know what we need to improve. Everything is going in the right direction. At Le mans I was physically destroyed after the race and in Mugello I have only done half the race distance and felt very tired. I am definitely not at 100%, but today I am feeling a little bit better. The braking phase needs to be improved, but today went quite well. The speed is there, the lap time is there, and whenever I am alone and running at my own pace we were really fast. We just need to be able to fight more. Next races are Sachsenring and Assen, so bot flowing tracks. I have been really strong in both tracks in the past and I have been on the podium. We will keep working hard to get the results results we aim for.”