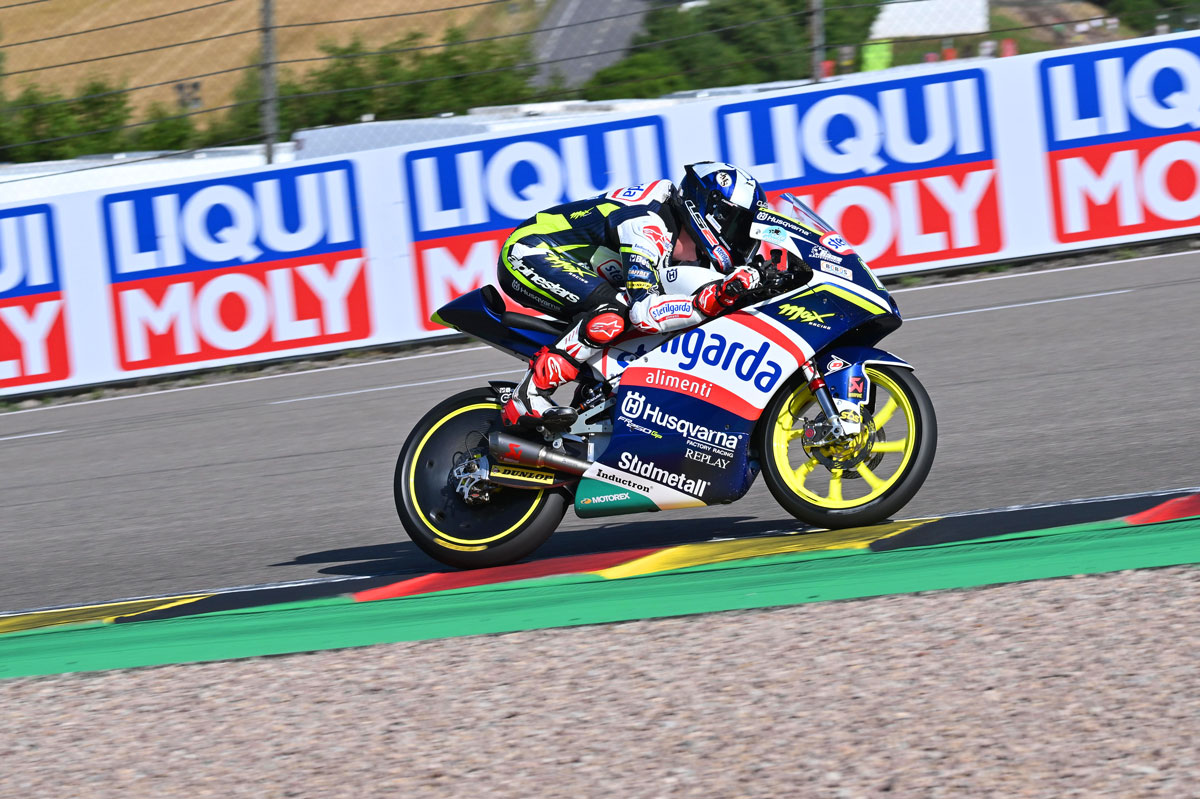 John McPhee will start thirteenth tomorrow on the grid of the German Grand Prix at the Sachsenring.

John gained direct access to qualifying 2, earning the eighth position in the combined standings. 1’26.751 is the best lap, obtained on the second of the nine laps completed in qualifying. 0.882 is his gap from the lead. For him it will be a comeback race but, as we have often seen in the races of Moto3, the starting position is often of little consequence, while the ability to fight is much more important. In this regard, it will certainly help the great setting work done by John with his team, in the previous race weekend.

JOHN MCPHEE :
“Qualifying was a little bit more difficult today with those conditions and I think it was the same for everyone of course, but for some reason, I struggled more than expected. I feel like we have a good pace, I just was not able to make the most in the beginning with the new tires. Then when the others had two tires I unfortunately only had one, because we used an extra one in practice, so it was difficult to improve from the earlier laps. Anyway we understood the areas we need to work on. The race pace seems good towards the end with the tire drops, so this is positive. It will be difficult from P13, but we will dig deep tomorrow and try our best.”