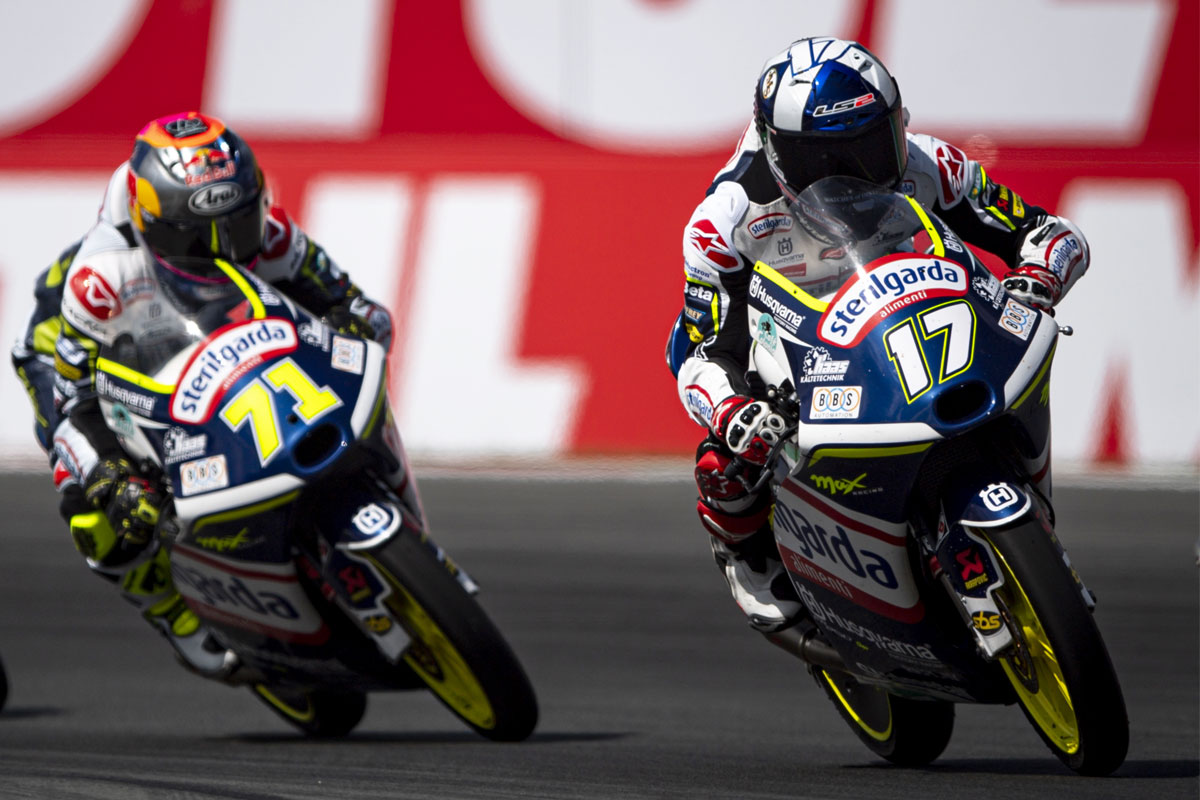 The weekend could have been even better for John McPhee, with a little more luck. A few corners from the end John was fifth, but unfortunately a slide at Turn 9 denied him a good result, which he would have deserved. The Scottish rider made a different technical choice from that of teammate Ayumu Sasaki and he preferred to use a hard rear tyre. In the first laps he was careful not to make mistakes and to preserve the tyre.

He started eleventh and on the finish line of the first lap he passed seventeenth due to being pushed wide. Hence, he started his spectacular comeback that led him to the fifteenth lap in second position. John was very good at making the tyre work well, and in the last laps he was among the fastest on the track.

On the thirteenth lap, he got the new All Time Lap Record with a time of 1’41.190. This is an incredible performance, which John almost replicated with two laps to go, getting the time of 1’41.269. It’s a real shame that he slipped, as he was so close to taking a great top five position.

JOHN MCPHEE :
“Initially after the race I was very angry about the crash. Afterwards however I thought about how strong we were in the race, in fact we were fast and even got the new All Time Lap Recodr of the TT Circuit of Assen, using the hard rear tyre. As the laps went by, I felt better on the bike and in my comeback I was also in second place. We showed that we were in the fight today for the podium. There are so many positives to take away from the weekend overall. Obviously I am not happy with the way the race ended. I need to say a huge congratulations to the team and to Ayumu for the first victory. I hope the next time we can both be on the podium together.”